How To Configure Apache Web Server

Than go to the main directory of the Apache Web server and create a index.html file there so that server can read this file and can show it as our first page
#vi /var/www/html/index.html

Write any information in this file which you want to show by going to insert mode and than saving it.

Now open the main configuration file of the Apache so that we can make entry in that file about the changes which we want to take effect.
#vi /etc/httpd/conf/httpd.conf

972 is the line no, uncomment it by removing the # from its front and wirte your ip address in the end.


Save it and come out of the file.
restart the service Apache and the network

Now go to browser and open your it by ip or host name but remember it will only work by host name if you had configured it correctly and your system was pinging your host name.
for any query write in the comment box
- December 30, 2010 No comments:

these are the port nos which are generally asked when you face an interview or a system administrator should know them, The respective service run on these port no's

Email ThisBlogThis!Share to TwitterShare to FacebookShare to Pinterest
Labels: linux port no, mportant port no, port, port no, server port no

There are case in Linux that when you install the rpm on your system the error comes that it is unable to find the required key in that case use the following commands to run your rpm so that it does not give the error again...

This will import the keys in your system and packages will run.
It will also work when your YUM Server would also require the keys for installation.
- December 28, 2010 No comments:

YUM Server is used to install the RPM in your system in such a way that it resolve the dependencies it self.
A YUM Server can be configured in local system by storing the packages in your system it self or by accessing the though the remote location by the help of ftp.
these are the following steps while configuring it..

Go to the yum directory in
#cd /etc/yum.repos.d/

Copy the main configuration file in other file so that we can use the original file in case of any mistake. The name of the new file which i have put here is server.repo, you can put it anything you like
#cp rhel-debuginfo.repo server.repo

Go to the server.repo file so that we can edit the contant
#vi server.repo

In the file make the changes similar to these one according to your requirment.
[server.repo] //name of the file which you have put
name=Red Hat Enterprise Linux server //name of the server you want
baseurl=file:///home/Server //address where your rpm is stored
enabled=1 //enable it to 1 from 0
gpgcheck=1 //do it # if you want to dont use GPG
#gpgkey=file:///etc/pki/rpm-gpg/RPM-GPG-KEY-redhat-release //keep it commented( # )

If you want to get the RPM's via ftp the in the address write the baseurl=ftp://your ftp address with the location of packages.

save the file with
#wq!


Go to the directory where you have your packages present and install the create repo rpm.
#cd /home/Server/ //This is where i have kept my packages so go to your location


For any query write in the comments section or general comments are also accepted:)
- December 28, 2010 No comments:

If you want to configure the host name of your system so that you can ping it by its host name as well as other systems than follow the following steps..

First of all keep note down your ip as it would be required, use this command
#ifconfig

Save this file by pressing esc than :wq!

Now go to the network file to edit there as well..
#vi /etc/sysconfig/network

Save the file and come out

Change the host name to which you have written in file by this command
#hostname system26.example.com

Restart the system or log off to things to take effect.

to make the communication between the systems write the following commands before starting the processes
#service iptables stop          //it stops the firewall
#service network restart     //it restart the network
#chkconfig network on        //to make service permament
#chkconfig iptables off        //to make service permament
- December 28, 2010 2 comments:

In the following setup, we will be creating a fully configurable Elasticsearch, Flunetd, Kibana setup better known as EKF setup. There is a... 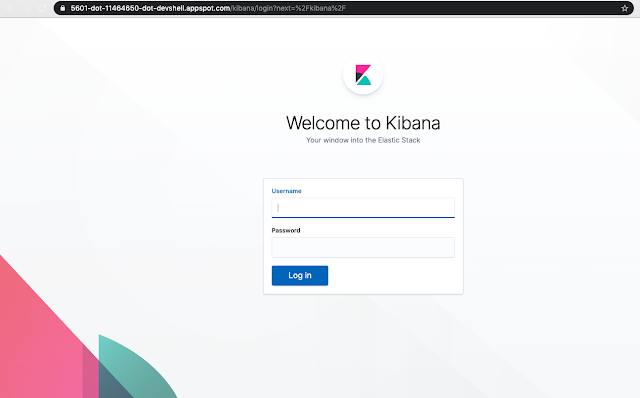